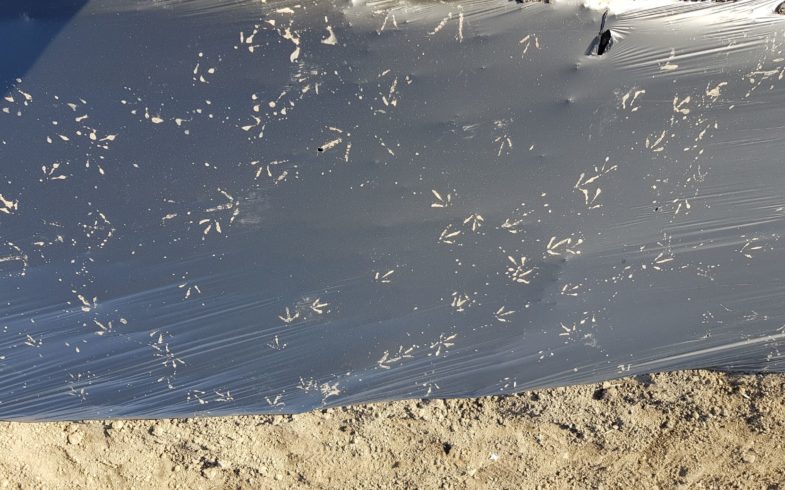 mel_s
October 4, 2018
Birds,Onions
Field,Surveys,Uncategorized,Updates
No Comments
Gibside Community Farm Bird Survey – Sept 2018
My sixth visit to the site during 2018 took place in the early hours of 29th September 7 – 9 a.m. A total of 18 species were recorded during the visit including 2 species not previously recorded, Pied Wagtail and Stock Dove. This means the total number of species now recorded – and logged on the BTO’s Bird Track site – has risen to 42. Particularly interesting apart from the 2 previously unrecorded species, was the flock of c 50 linnets feeding in the centre of the site, both kestrel and sparrowhawk hunting on the site (the latter possibly attracted by the linnets as well as a few meadow pipits on the site) and a covey of 14 grey partridges, always a good sign seeing this Red Data species in national decline. Particularly in evidence on, around and over the site were numerous Wood Pigeons, c 50 on the site and up to 200 in adjacent fields, both Herring and Common Gulls and three crow species in Magpies, Jackdaws and Crows. I will aim to do at least one more survey during 2018 once winter has set in and hope to continue recording during the breeding season next year.
Chris Cox
Yes, photos from Paul Gertig show the birds were definitely here. After laying biomulch for over wintering onions we returned to find we had missed some bird visitors who left their mark!!

« GCF Vegetables for sale in Burnopfield
Post-Brexit Agricultural Policy Recommendations »
This message is only visible to admins.
Problem displaying Facebook posts. Backup cache in use.
Click to show error
Error: Error validating access token: The session has been invalidated because the user changed their password or Facebook has changed the session for security reasons. Type: OAuthException

Well done to a great-looking farm!Sending a huge congrats to the team at The Oak Tree Low Carbon Farm who are celebrating after being awarded £1,000 funding from The Every One Club to help build a new polytunnel and increase the number of veg shares they can deliver. Head grower Ryan says he was 'thrilled' with the backing. Members of the Every One Club, which describes itself as a 'gym membership for the planet' voted for the project to receive the funding. Read more about Oak Tree here: www.the-oak-tree.co.uk/ ... See MoreSee Less
View on Facebook
· Share